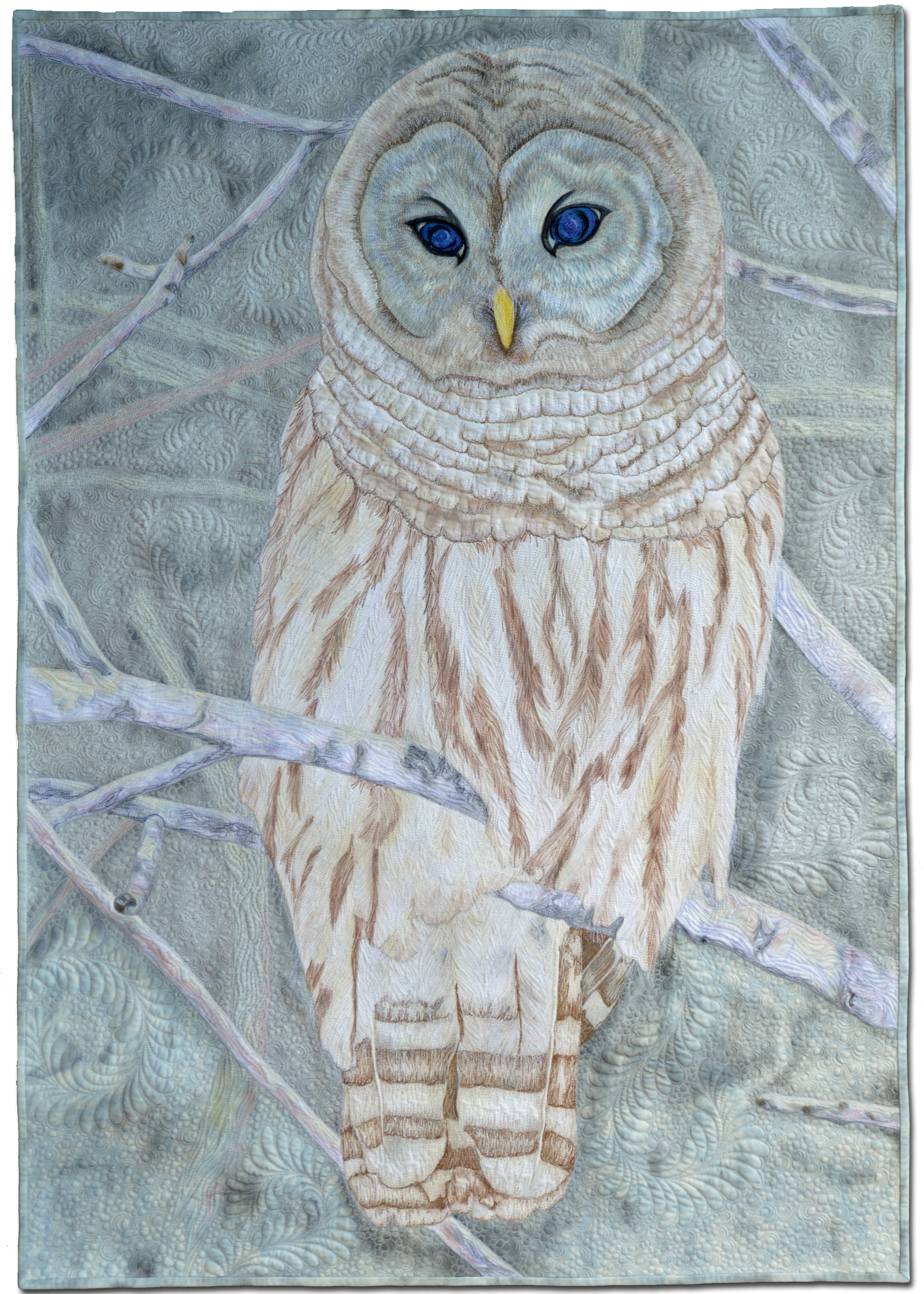 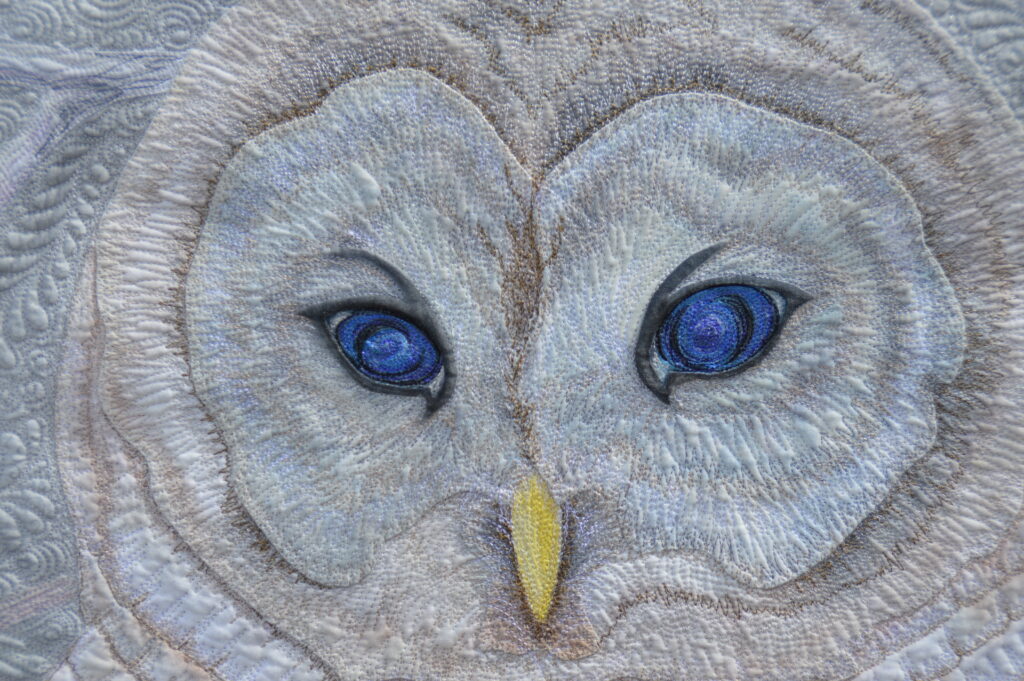 About Oliver: This was my project for a week-long retreat with Sharon Schamber. The owl, tree branches, and background are painted/shaded with Shiva paintsticks and invisible appliqued. Oliver was a year in the making and was a wonderful journey!