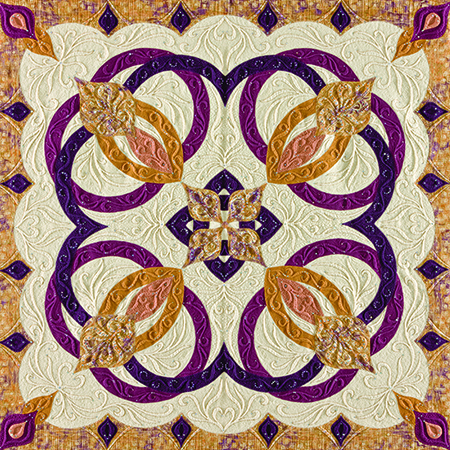 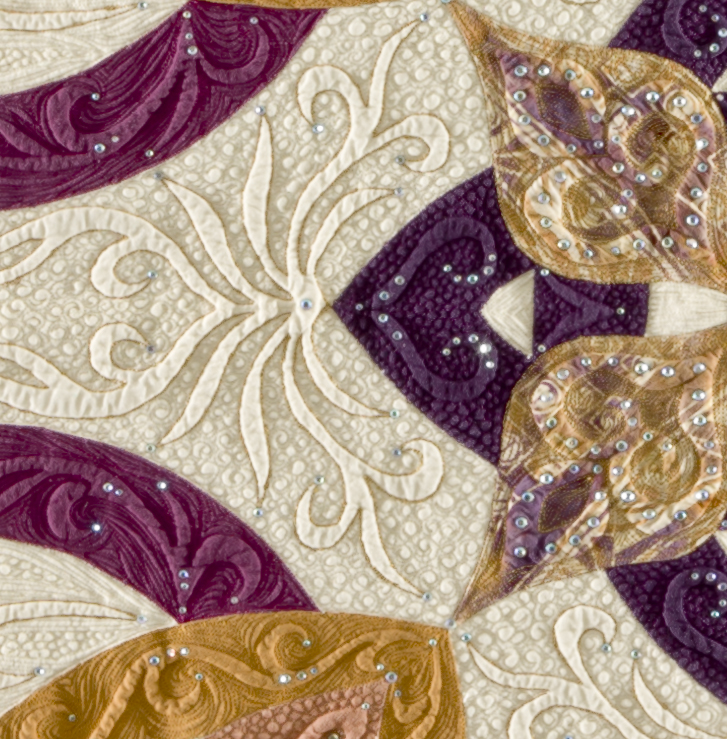 About Wonderlust: An original design that had been brewing in my mind for some time. It was sketched out early in 2009 and I began the fabric form in 2010. I finally finished the construction and original quilting design late in 2011. Invisible machine appliqué, batik, cotton, sateen fabrics, metallic thread, and just under 2000 crystals were used in the creation of Wonderlust!